Torre Bermeja: A piece of the history of Chiclana facing the sea 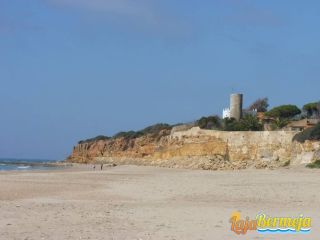 Just where the seafront promenade of Playa de la barrosa begins you will find the Laja Bermeja Urbanisation, an enviable place for its location, the services it has around it (including the tourist office just in front) and for being surrounded by a part of the history of the city of Chiclana.

We are talking about Torre Bermeja, one of the sisters of the better known Torre del Puerco, which formed part of the defence of the Chiclana coastline at different points in history. Nowadays, it is a dividing point between la barrosa beach and Sancti Petri beach, as it is located on the cliffs that delimit them.

renting your holiday flat in Urbanización Laja Bermeja will not only bring you closer to the best of summer in a seaside resort, but also puts you in front of the vestiges of past times of this three thousand year old city founded by the Phoenicians.

The Bermeja Tower, which is situated a short distance from the Laja Bermeja Urbanisation, is one of the towers that were built in the 16th century all along the southern Spanish coast. This system was designed to protect both the Atlantic and Mediterranean sides of the coast from attacks by Barbary pirates. This is how these watchtowers began to be created, and they are very common in areas such as Alicante, the Region of Murcia and the Andalusian provinces of Almería, Málaga and Granada (on the Mediterranean side), while on the Atlantic side it was the provinces of Cádiz and Huelva that received the order to create these towers.

These towers were built in three phases, the first phase being the towers located in the Region of Murcia. However, Torre Bermeja and the rest of the watchtowers in the province of Cádiz were created in a second campaign, under the mandate of King Philip II, who ordered his commissioner Luis Bravo de Laguna to fortify the coasts of Western Andalusia, from the Strait of Gibraltar to Ayamonte.

It was in this context that the different watchtowers that can be found along the southern Spanish coastline were created, phases that culminated with the last towers that were created as reinforcements in areas such as Almería, but also on the islands, both the Canary Islands and the Balearic Islands. Most of them have a very similar appearance and are characterised by their cylindrical shape and their location on high cliffs near the coast. Torre Bermeja is 8 metres high and communication between watchtowers was carried out with smoke signals to warn of danger.

How many watchtowers are there in the province of Cádiz?

There were many constructions throughout the 16th century to achieve the objective of fortifying the coasts of the southern Mediterranean and Atlantic coasts. Here we have a very well identified one which is Torre Bermeja, which you will be able to see during your holidays at all times if you choose us as your holiday flat, but there are many more.

The importance of Torre Bermeja in the history of Chiclana

Although the construction of Torre Bermeja, and the rest of the watchtowers of the time, had a very clear purpose, which was to cover a latent need in the 16th century, its importance went much further. Torre Bermeja would play a more important role centuries later, during the Napoleonic invasion of Spanish territory.

As a result of this war, Chiclana de la Frontera was the scene of a series of military confrontations known as the Battle of Chiclana, between 1810 and 1812. Torre Bermeja was witness and main protagonist of the clashes between the army formed by the Anglo-Spanish alliance that fought against Napoleonic France, battles that culminated in the victory of the locals.

Torre Bermeja has even been mentioned in a novel by the prestigious writer Arturo Pérez-Reverte, more specifically in "El Asedio" from 2010. It is a crime novel with detective undertones set in the Spanish War of Independence, a very turbulent time for the whole country and for the area in particular, where the great resistance of the people took place, culminating in the approval of the Constitution of 1812, "La Pepa".

To see the Torre Bermeja in situ you must visit the beach of la barrosa, as it is located on the first track, serving as a boundary between this beach and the other one in the town, Sancti Petri.

Don't forget that Urbanización Laja Bermeja is an ideal place to stay if you want to see this piece of Chiclana de la Frontera's history, but it is also in an ideal location to enjoy its beaches, gastronomy, craft markets and much more. We are waiting for you! 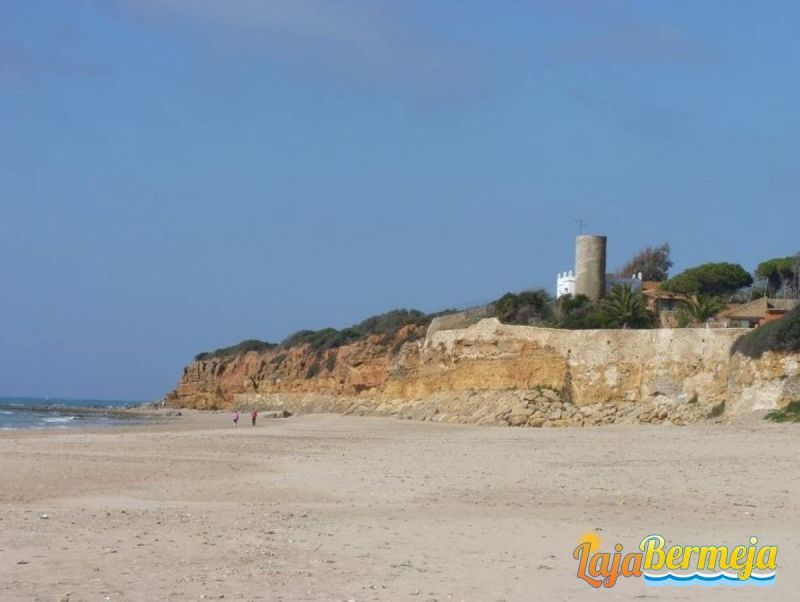 Find out more about Laja Bermeja

Leave us a review on Google

Do we notify you with new offers?

To subscribe
*We only send one email per month, you can unsubscribe whenever you want !!!

Torre Bermeja: A piece of the history of Chiclana facing the sea